A downloadable game for Windows

The Shadow Over Route 80

Somewhere, deep in the American wheat belt, a shadow looms.

Are you sure you're alone?

!// Currently completable, but still in development //!

Please read the 'read me' in the game folder for controls.

The game was a lot better than I expected...
Reply
rosepinkcrow10 hours ago

This game terrified me got one ending. was hooked on throughout the whole experience! Will definitely be looking out for more games from this creator and I recommend other people to play this. Very atmospheric too :D

This game is nice.

Every time I found a skeleton, I got excited about what would happen next, so I was able to play until the end without getting bored.

I've seen 4 endings, and they all felt like glimpses of the abyss and were interesting.

Version of steam is most large?

Steam requires an uncompressed folder and all the redistributables have to be included in the package, which increases the overall game size.

game. It had a creepy atmosphere and a good build up.
Reply
General_Red1 day ago

What an awesome experience!

Great conecept and art! Keep up with your work!!

Reply
Woolfy3 days ago
(Start at 24:36-56:00) I was expecting a surprise party but sadly enough I was not able to be present for it. I had prior arrangements with the bathroom and a mirror. GG, it was fun and I really enjoyed it.
Reply
menacing_ace3 days ago
i really enjoyed this game and all the endings cant wait to see other games in the future keep it up
Reply
DanCamMain3 days ago

I Woke EREN YEAGER and THE RUMBLING...😳 (and yes I got all the endings)

One of the better horror indie games from 2022!

Awesome game! And I got all the endings! 😊

Reply
JarJeb4 days ago
About 90% sure there was a second ending but I felt like the way I played was perfect. Loved it.
Reply
SnickerDudeAl4 days ago
this one was actually WILD
Reply
WillBotch5 days ago
I did a quick short of this awesome game! Loved playing and finding the endings!
Reply
ThatScottishWan5 days ago

I played your game and yes there is alot of games like this that focuses on retail stuff such as gas stations but this is different I enjoyed this, keep up the good work!

Very fun and unsetteling game. It had a creepy atmosphere and a good build up.

Solid game, well-paced, with a good amount of scares, and a good atmosphere. I enjoyed this game for the tasks you have to complete while being hunted. definitely would recommend 8.3/10!

This game was the scariest one I've played in a while. Really well made! I managed to get all endings.

Good game very spooky got a little dark near the end but still super spooky!!

This Game looked so good!

Hi!! This game was so fucking terrifying. The audio was well done and beautiful. I felt actually in a gas station and in the woods. You did a great job with pacing and build up. I can't wait to see what other projects you come up with. if you want to see, i have a video of me playing it and my first reaction to it. I preformed terribly as a commentator because of how scared i was.

This was fantastic and a great short horror game. The scares were awesome and I loved the multiple endings. Great job!

Really enjoyed this one...

Sound design was great, there were a few moments when the gurgling of Beelzebub's stomach made me look around like a frightened cashier late at night. From the main gas station door opening to the chirping of cicada's, the atmosphere was greatly elevated by the sound.

Short, sharp and sweet. Not too convoluted to get confused by anything, simple design premise and execution.

Multiple endings - to be honest I would have fled on the bike after the second prompt but knew that was the coward's way out!

Sound Design - as mentioned before, the atmosphere is really set from the getgo - I expected a few 'gotcha!' cheap scares, but the jumps that came were from my own inability to see things in front of me

Story could do with a little more fleshing out. Let's get to know the main character and why he would stay when paranormal events are happening around him. Although there is an option to leave, apart from the 'I'll lose my job' aspect, I think there should be some other external force keeping him there? Perhaps a friend/girlfriend wants to meet him at their 'special place' in the cornfields, etc. Also, there's some great lore with the 'elder gods,' but more could be done with this. Perhaps at the start of the evening shift more information (such as a radio, additional characters entering the store, notes left around in place) could expand the reason for the ctacombs existing in the first place.

Character moves a little too slow - not suggesting a run button but think the character could certainly benefit from 'striding' a little faster.

Although following a trail of blood or tyre marks I think some gamers wouldn't be able to locate the skull at the end of the road - perhaps a little comment by the character could alleviate any confusion by where the player needs to go next.

All in all, a great gem of a horror game - can't wait for the next one!

Really enjoyed the overall feel of the game. Expected cheap scares and that wasn't the case at all. Had a lot of fun, thanks!

Need introduction, like "This is midnight. Time to go home." Because I thought there will be some customer or phone call. Waited for 5 minutes long and nothing happened.

NEVER WORK AT A GAS STATION.

There are a lot of 'retail horror' games around these days, but I was delightfully surprised how well made this one is. They showed restraint with jumpscares, had a good level of self-awareness, and nicely polished visuals. I got all 4 endings in my video below. My only complaint is that redoing the entire game for each ending was a chore because of how slow you walk. Would have liked checkpoints or a run button to make it not take so long. High recommendation otherwise! (SPOILERS BELOW)

Ending 1: Grab your motorbike keys from the locker and leave

Ending 2: Use the key on the hatch under the dumpsters to find the gun, then shoot self in the bathroom mirror (front and center)

Ending 4: Collect all skulls, watch the ritual, but this time shoot the skeleton demon right after it rises from the table

So this is what it feels like to be a cultist..

Reply
Clay Head9 days ago
That bit in the hallway was probably favorite part. It was tasteful keeping the threat veiled throughout the game.
Reply
ANTI-CLICHE10 days ago (1 edit)

I've liked a lot. Brilliant environment design! Has been the best of this Saturday night! Some chicken skin at some moments! Only got two endings? How many are?

Reply
Lady Random10 days ago
Loved it! Got all endings.
Reply
Namical10 days ago 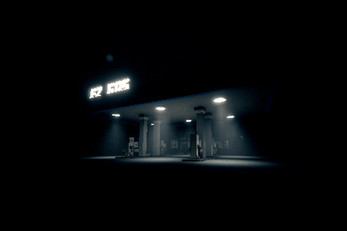 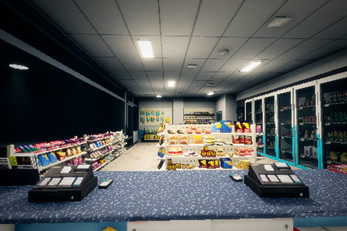 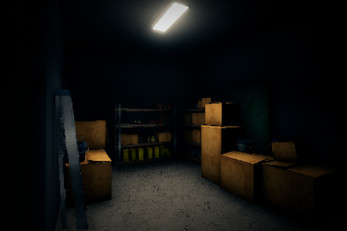 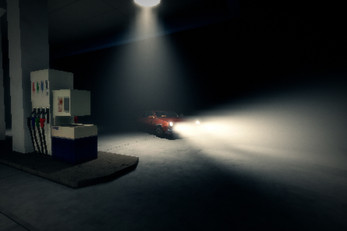 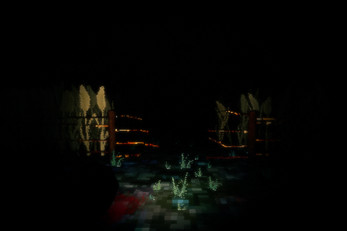